Get fresh music recommendations delivered to your inbox every Friday.

all our wolf hours 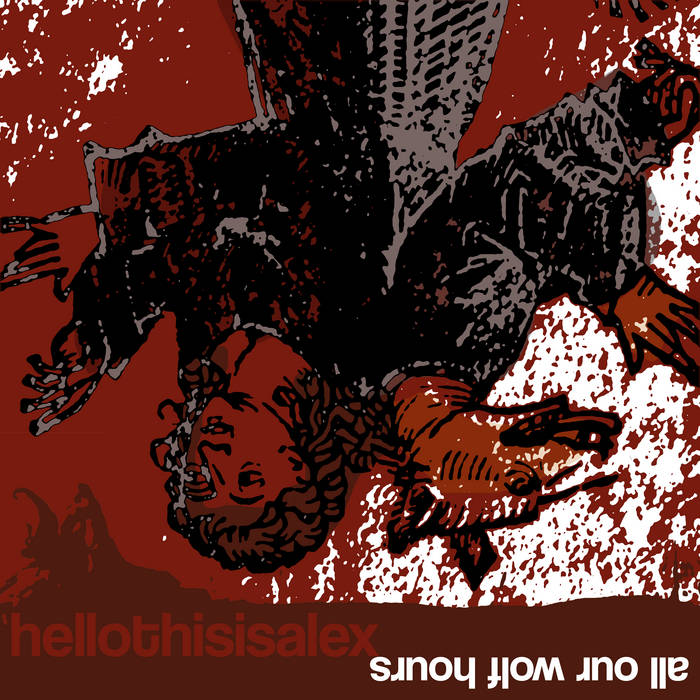 “All our wolf hours,” the most recent album from hellothisisalex, further elaborates on the duo’s bizarro instrumental electro-pop, layering analog synths with field recordings, disembodied talk radio, bird songs, and conversations about road trips and nightmares.

With a sound described by Ben Rayner of the Toronto Star as “fuzzy analogue tones and jaunty pop beats,” hellothisisalex’s music has grown darker in recent years. For “All our wolf hours,” the duo finalized a number of songs that had been evolving since their previous album, 2013’s “Anniversary.” While recording and mixing songs with titles like “Pick up thy severed head and march!” and “Milk of Amnesia,” they drew inspiration from horror films, tabletop gaming, and the sheer fact of being alive during a global pandemic.

All our wolf hours was written and produced by hellothisisalex (Melissa Creasey and Mark Prier).

An extra special thanks to Hamilton for giving us a place to live.

In memory of Marcel Dubé.

If the world outside isn’t on fire, consider a walk outdoors.

Use Empathy to create an advantage. Roll 4dF, add it to your skill rating, and check your result on the ladder. Or roll an extreme success using your Persuade skill. It’s up to you.

www.hellothisisalex.com has information about our doings, when doings have been done.

hellothisisalex is Melissa Creasey and Mark Prier. Together, they write bizarro electro-pop infused with whimsy, a love of pop music, experimental audio, and a northern-robot esthetic. In February 2001, they christened themselves ‘hellothisisalex.’

Bandcamp Daily  your guide to the world of Bandcamp